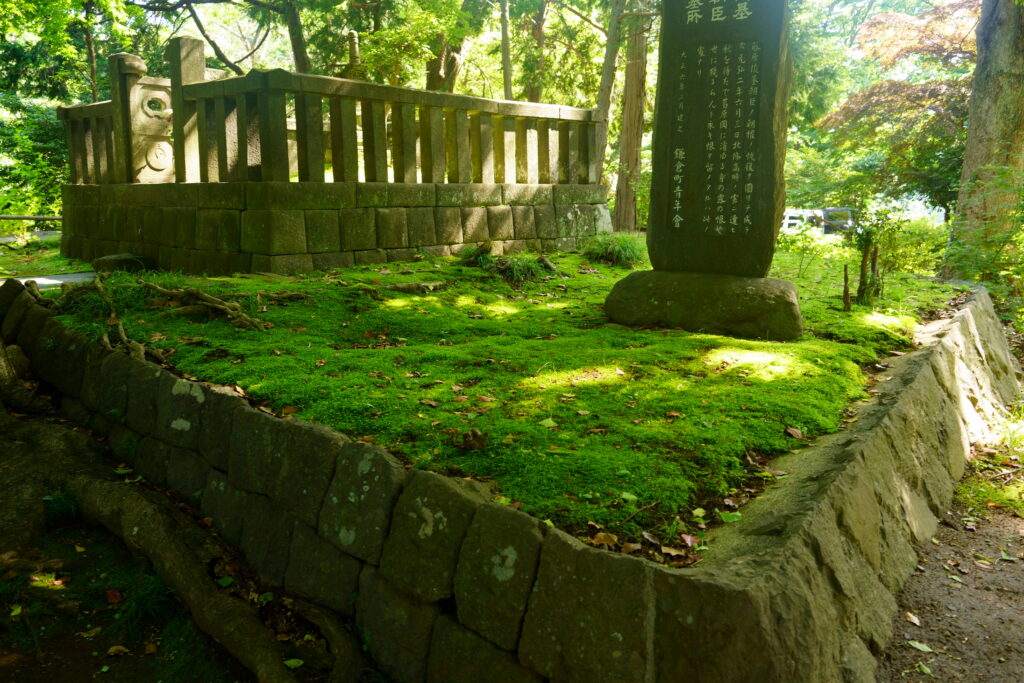 This is the tomb of Toshimoto Hino, a court noble of the late Kamakura period and a close associate of Emperor Godaigo. Although Hino did not come from a prestigious family, he excelled in learning and won the trust of Emperor Godaigo. At Emperor Godaigo’s order, he overthrew the then devastated shogunate and aimed to restore the emperor’s parental rule. He was caught by a tip-off and was arrested, but escaped punishment. This was only one year before the fall of the Kamakura Shogunate. For this reason, he is considered a pioneer in the overthrow of the Kamakura Shogunate. 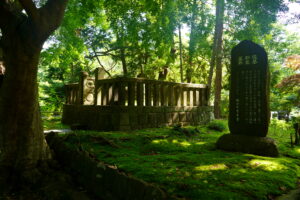