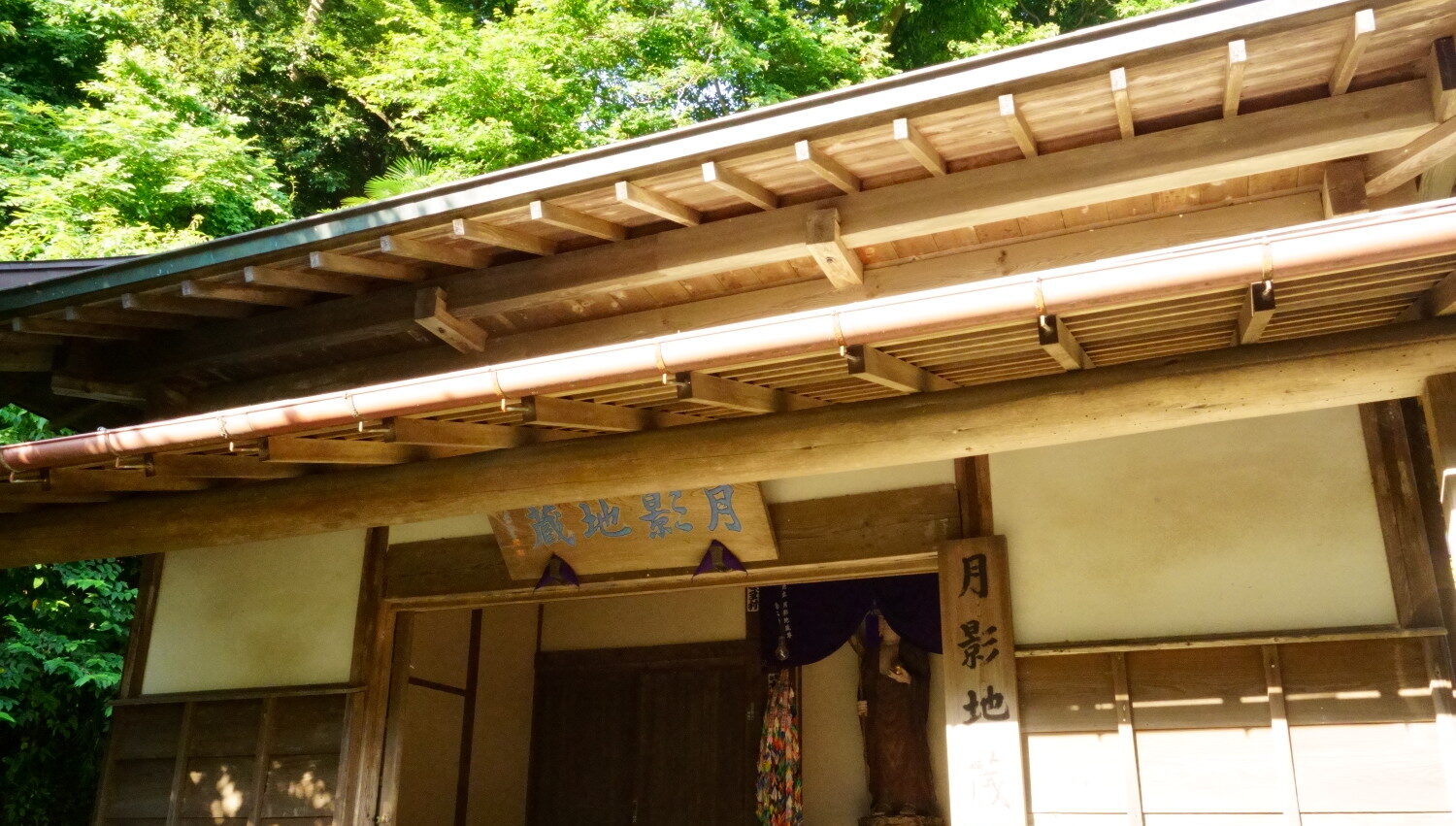 It is said that the name “Tsukikagegayatsu” comes from a statue of Jizo, a female poet of the late Kamakura period (1192-1333), who was a monk at Tsukikagegayatsu, a valley further from the present site.

This Jizo has the following legend.
Once upon a time, there was a mother and daughter who served in the palace of Hojo Narioki. The mother was a bad-tempered woman with a wicked heart, but the daughter, Dew, was a good-natured and loving daughter. One day, the mother broke an expensive white porcelain dish at the well. When her mother became suspicious, Dew claimed that she had broken it. Out of necessity, Gyoki offered his free time to the father and daughter. The mother confessed to her crime, but it was too late and she was banished. Gyoki looks for a place to keep Dew, and when he leaves the mansion, he gives Dew a “kosode (a kimono with a small plum pattern)”. But her vicious mother took it and drifted away. The mansion where Dew was kept took good care of her, but Dew was saddened by the separation from her mother. Soon after, she fell ill and died at an early age. People in the area took pity on her and built a small grave in the valley of Tsukikage, where she was born. The grave was eventually covered with “plum tree moss. People rumored that it must have been the mercy of Tsukikage Jizo that he had dressed the child, who had never worn a sleeve, in a moss robe with a small ume pattern.
(From the legend of the dew-dog maiden’s moss robe)

I want to know more about Tsukikage Jizo.