This course takes you from the Nagoshi-kiridoshi, a key transportation route in the Zushi area, to the Oogishi (big bank), to Mt. Korobari with its splendid southeastern view of downtown Kamakura, and to the famous Hokoku-ji Temple, famous for its bamboo.
The view from the summit is spectacular, with the curve of Yuhigahama beach and Sagami Bay below, and a panoramic view of the city of Kamakura. The summit is a good place to take a lunch break, as you can rest and relax.

The path is one of the seven exits of Kamakura, and was an important passageway from Kamakura to the Miura Peninsula. The trail is relatively easy to walk as the gradient is not too steep.

From the Chosho-ji bus stop, it takes about 10 minutes to reach the entrance to the Nagoe Kiridoshi.

Kamakura, where Minamoto no Yoritomo established his residence in 1180, was a strategic location surrounded by the sea to the south and hills on three other sides. Therefore, it is thought that most of the overland routes into Kamakura were either narrow and steep mountain paths over ridges or dangerous paths under the cliffs at the edge of the waves.
The Nagoshi-kiridoshi is one of the main roads connecting Kamakura and the Miura Peninsula, and there are many stone quarries, caves, and other remains from that period in the surrounding area.
The Mandarado Yagura group along the way will be open to the public for a limited time.
See Zushi City HP.

After getting off the car, go in the direction of travel and turn left at the first traffic light. Immediately you will come to a narrow, small staircase, go down it and turn right.
After crossing the railroad crossing, immediately to the right is the entrance to the Nagoshi Cut-through. 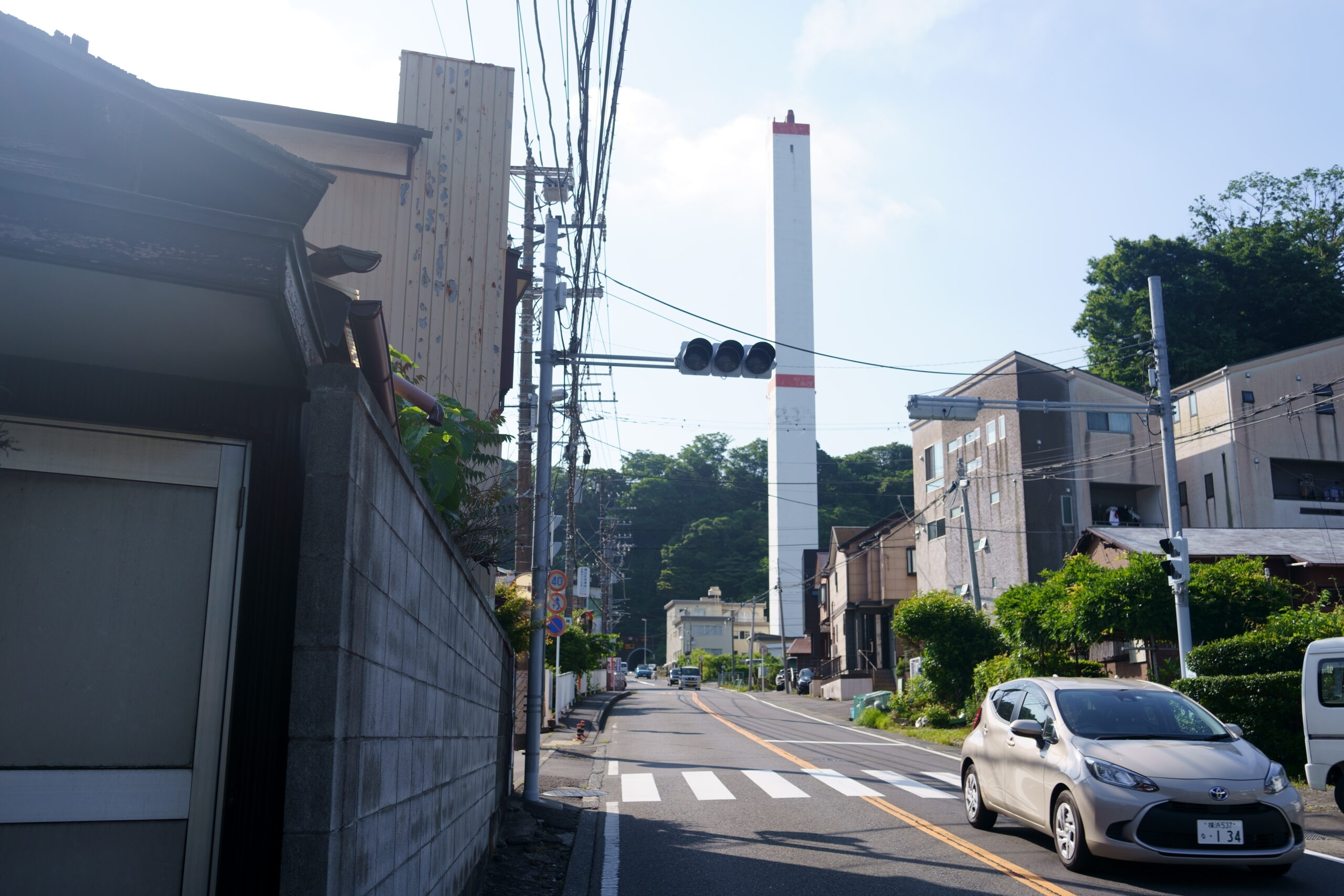 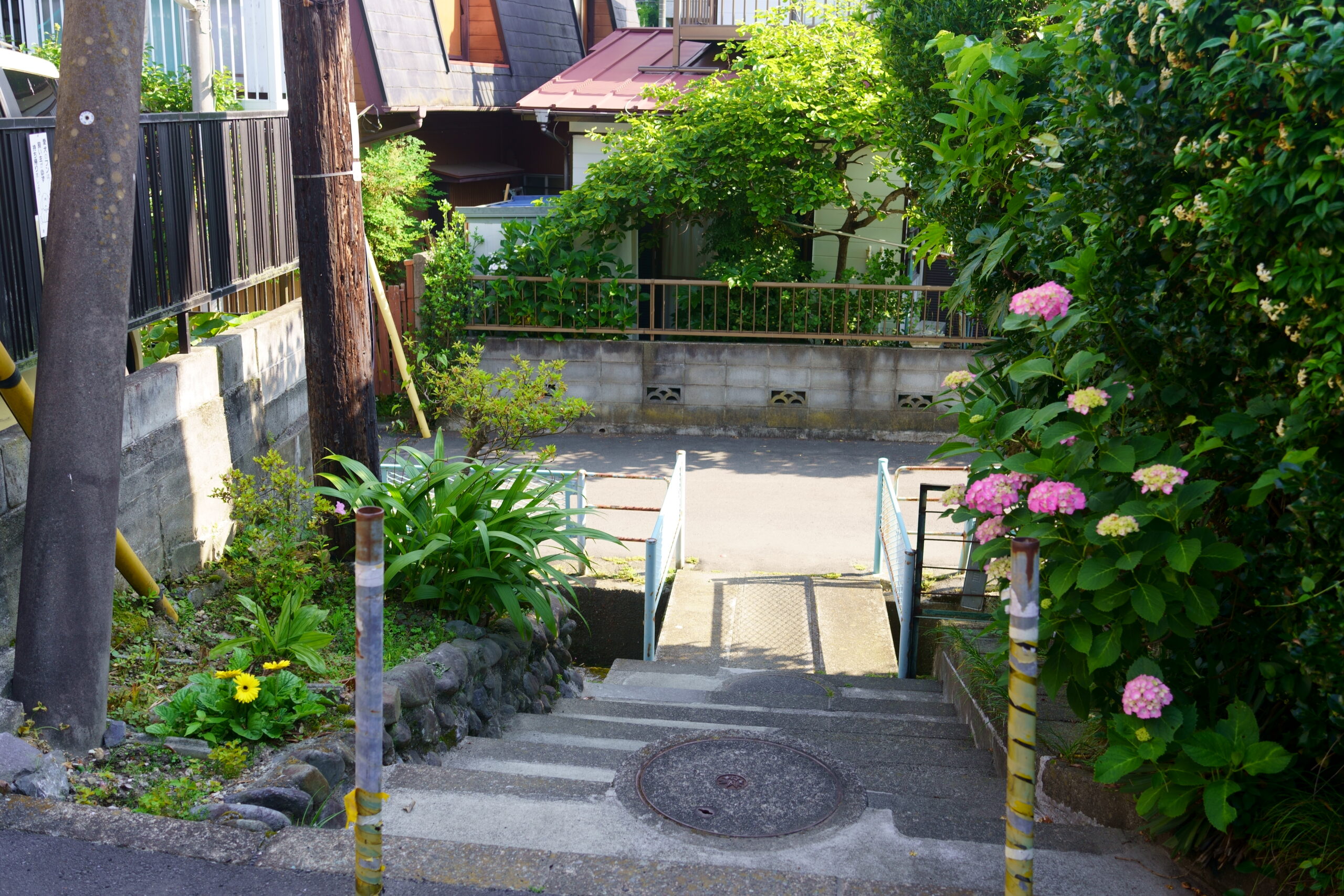 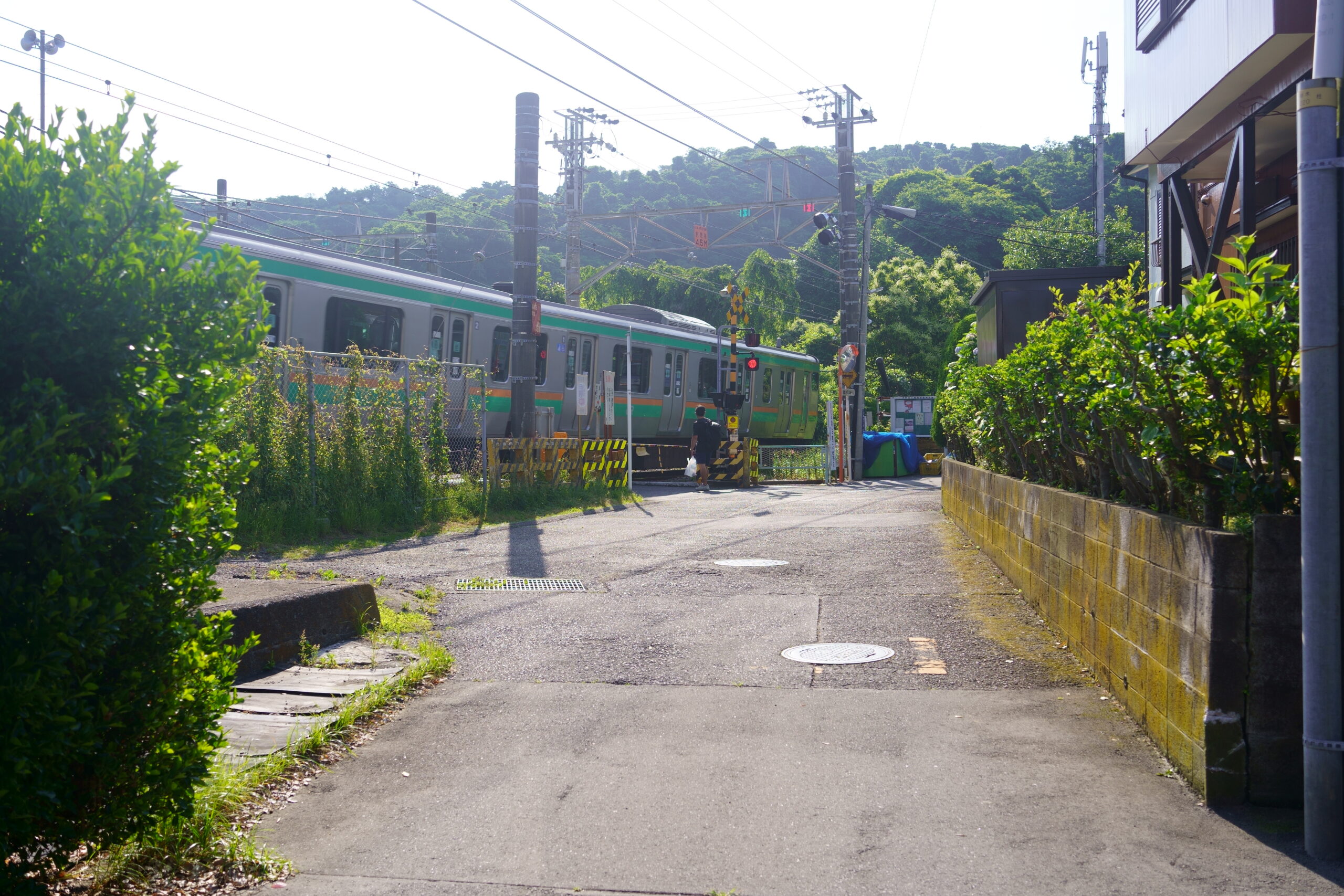 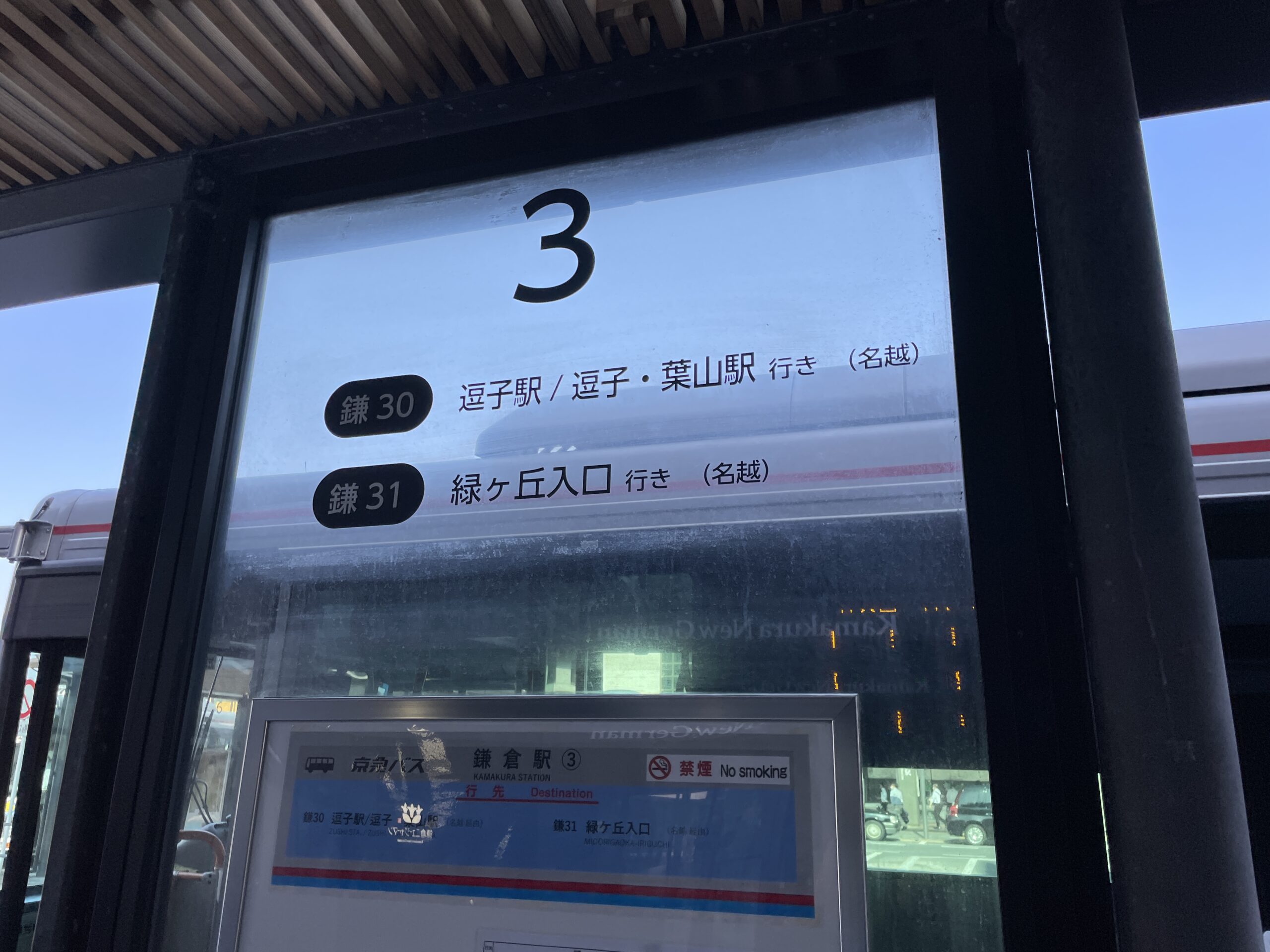 The boarding area is in front of the Kamakura German store.
The Chosho-ji bus stop is the fourth one.
The ride takes approximately 6 minutes.

From the big bank of Monkey Hatake to Zushi Highland

From the viewing platform at the Monkey Hatake, the Ooigishi is a series of sheer cliffs 3~10 meters high for more than 800 meters along the ridge.
Along with the cut-through, it has been said to be a defensive site from the early Kamakura period, but excavations have now confirmed that it is the site of a stone quarry that was eventually left in the form of a castle wall as a result of large-scale stone quarrying operations.

The origin of Mt. Korobari comes from a legend that Minamoto no Yoritomo, who founded the Kamakura shogunate, and his wife, Masako, stretched their robes on this mountain to make it look like a snow-covered mountain to cool off. The view from the top of the mountain, which overlooks the city of Kamakura, the sea, and even Mt. 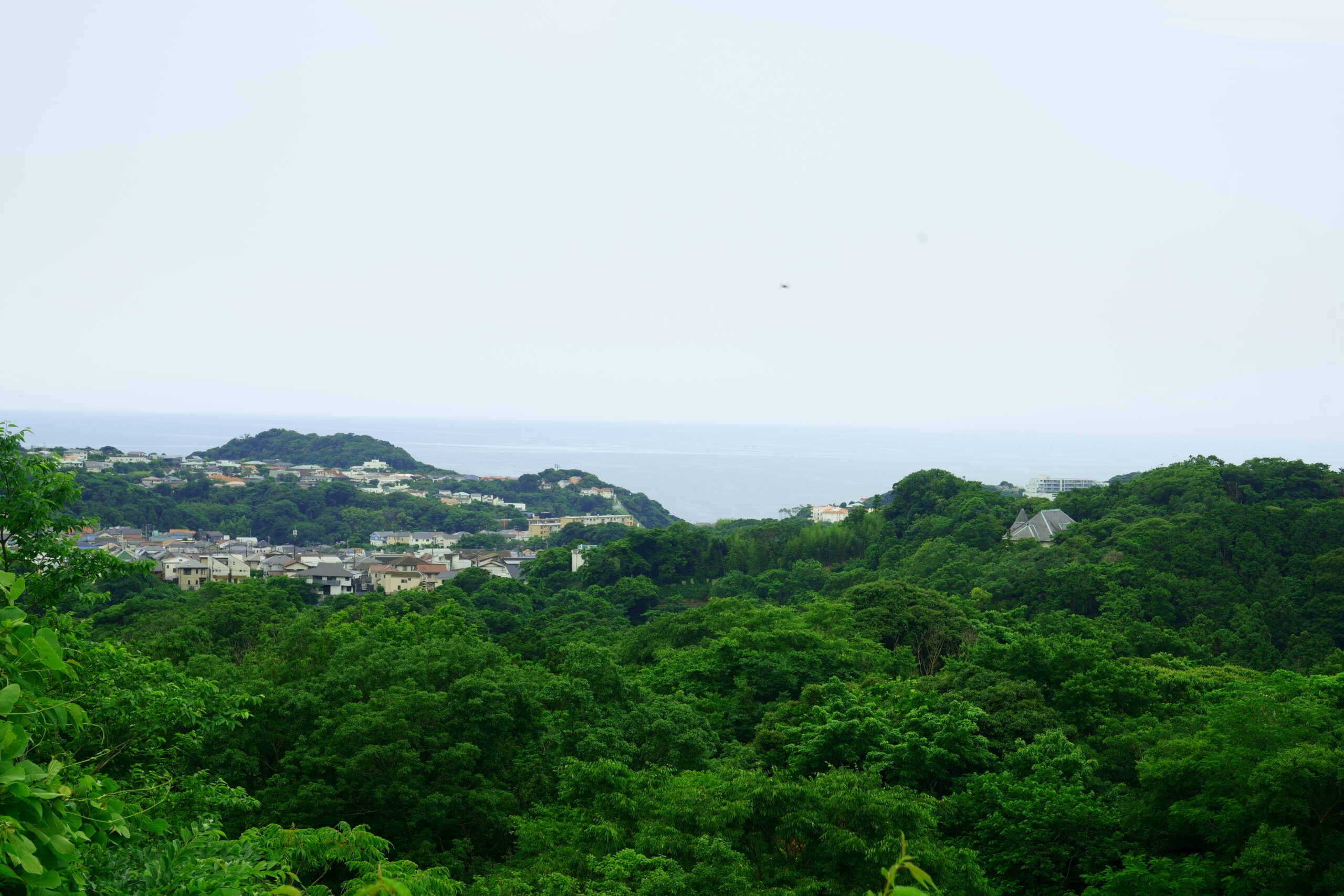 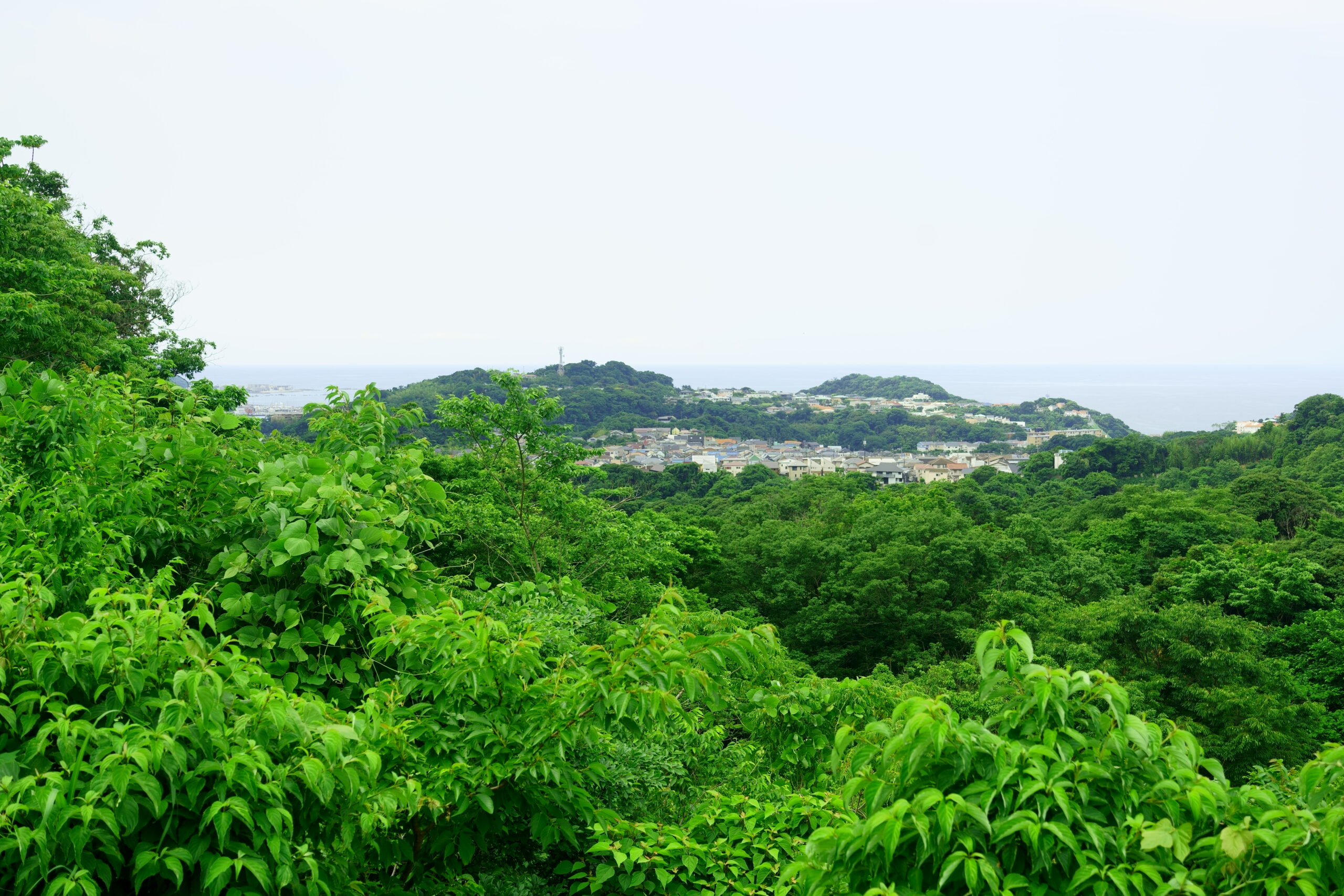 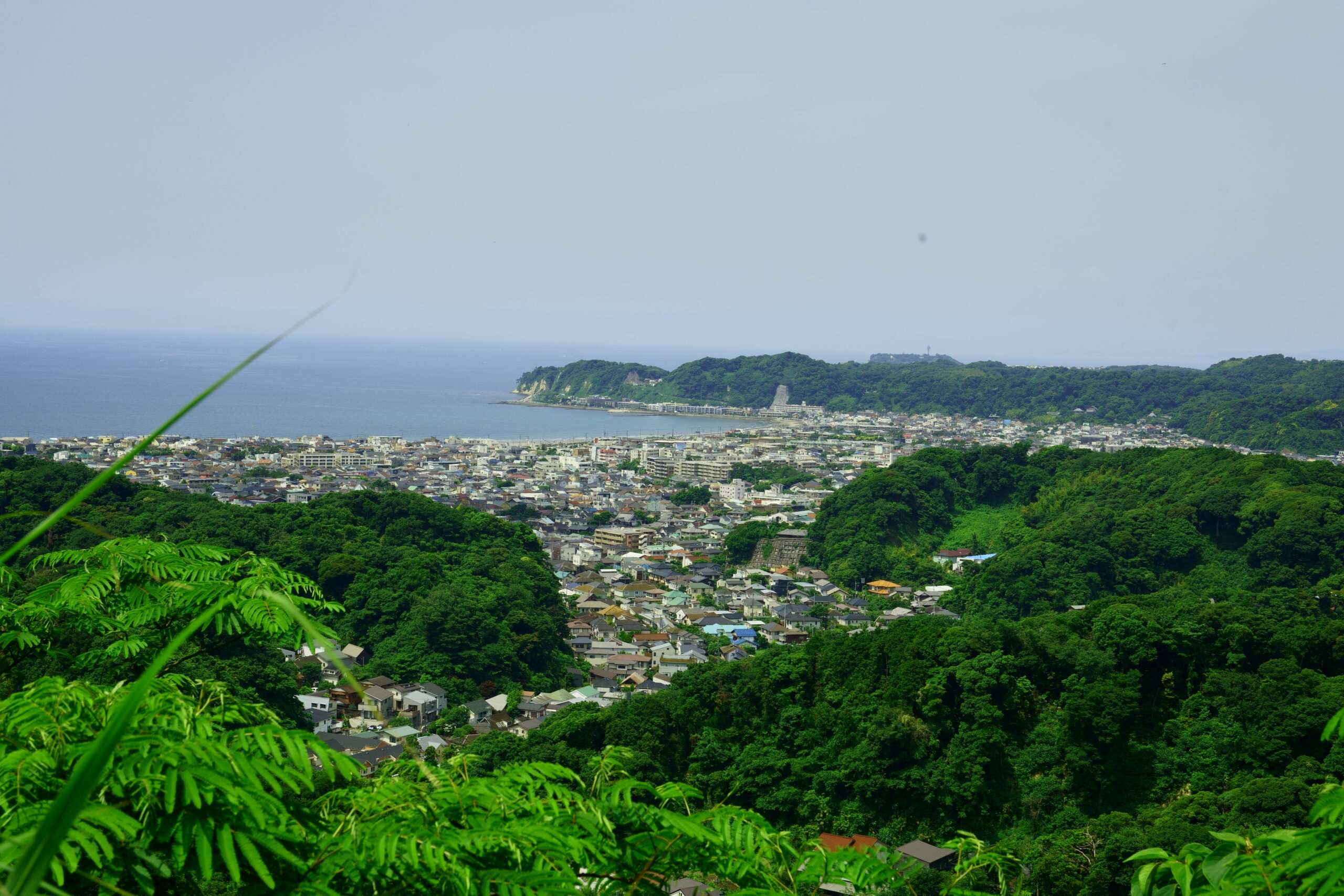 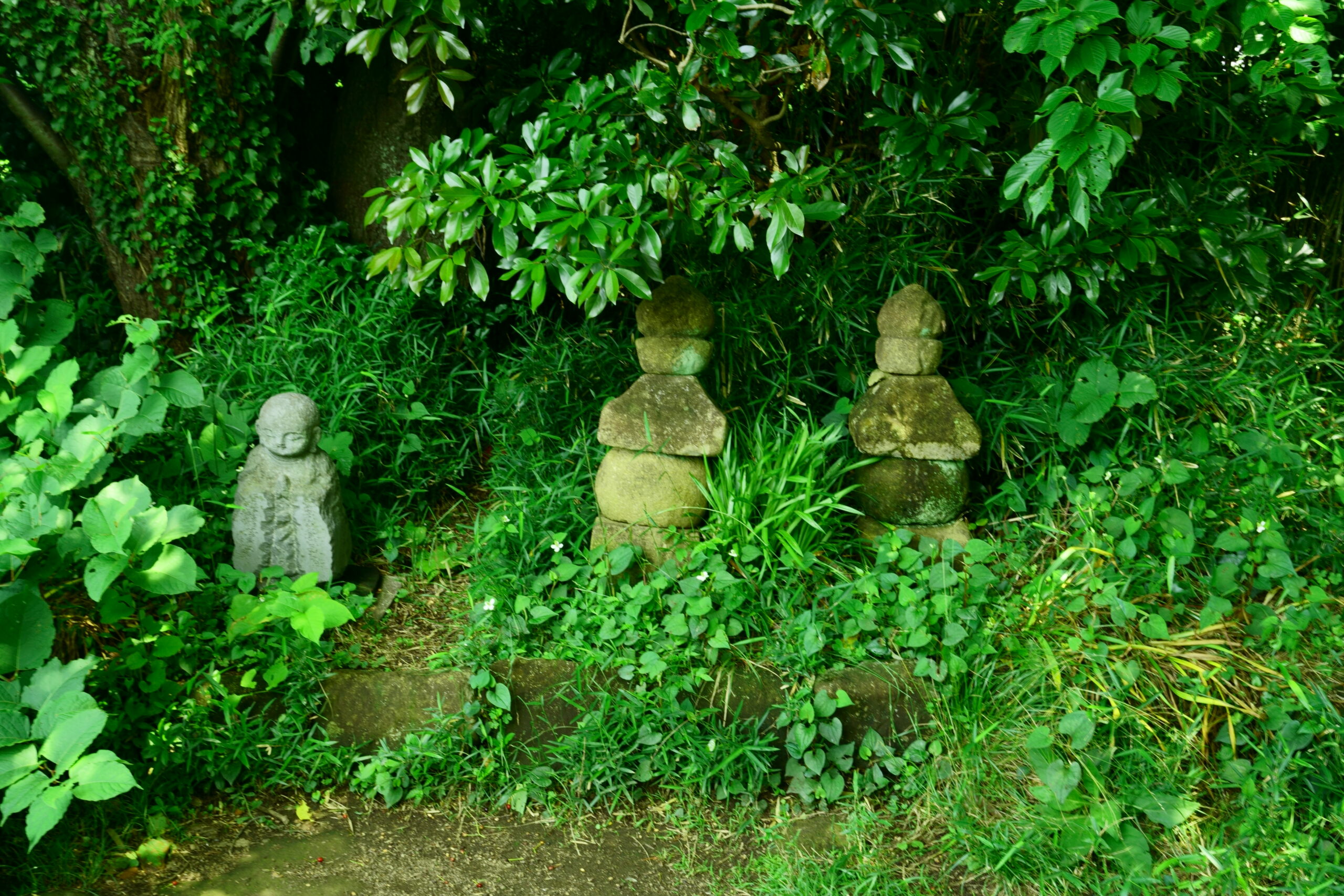 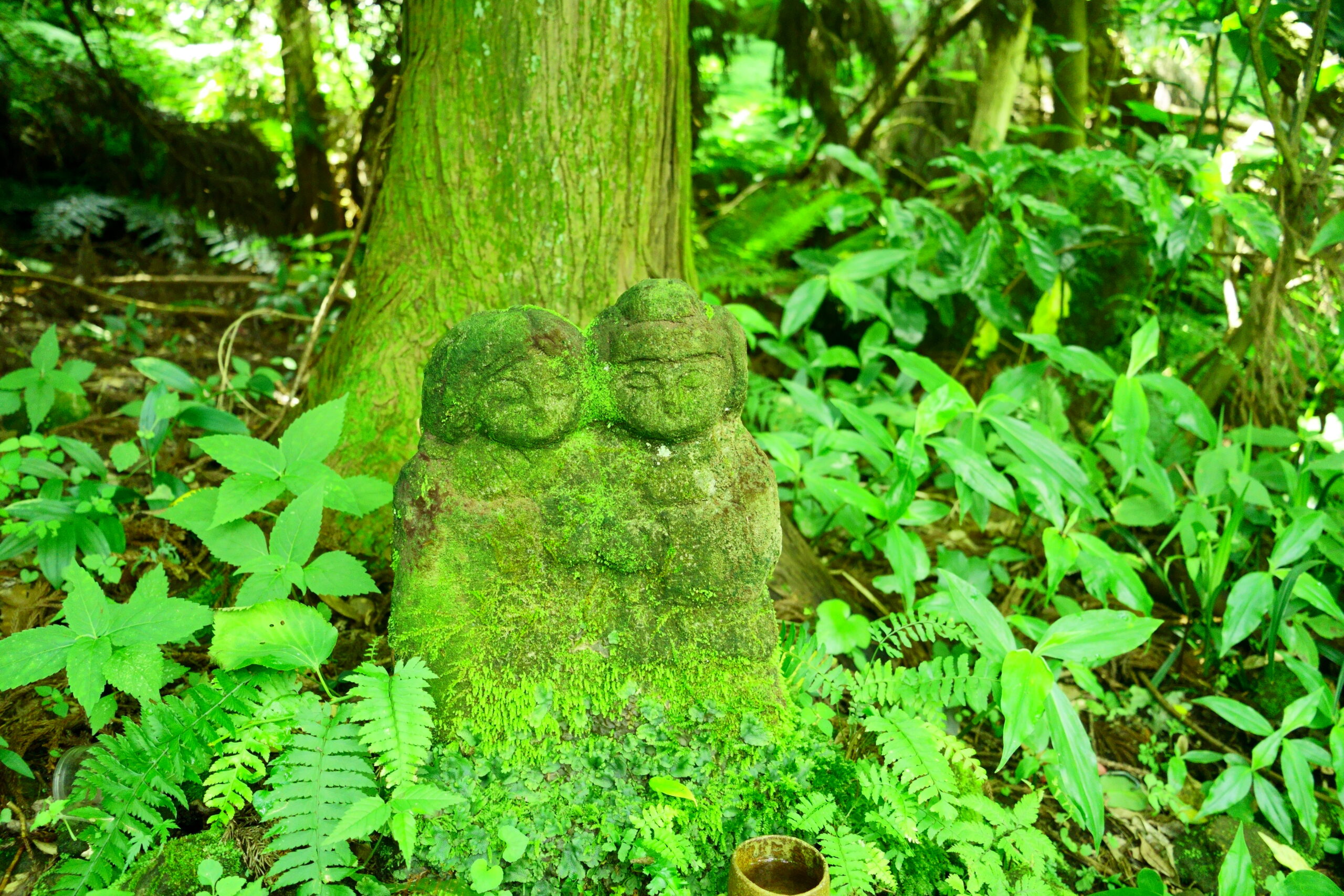 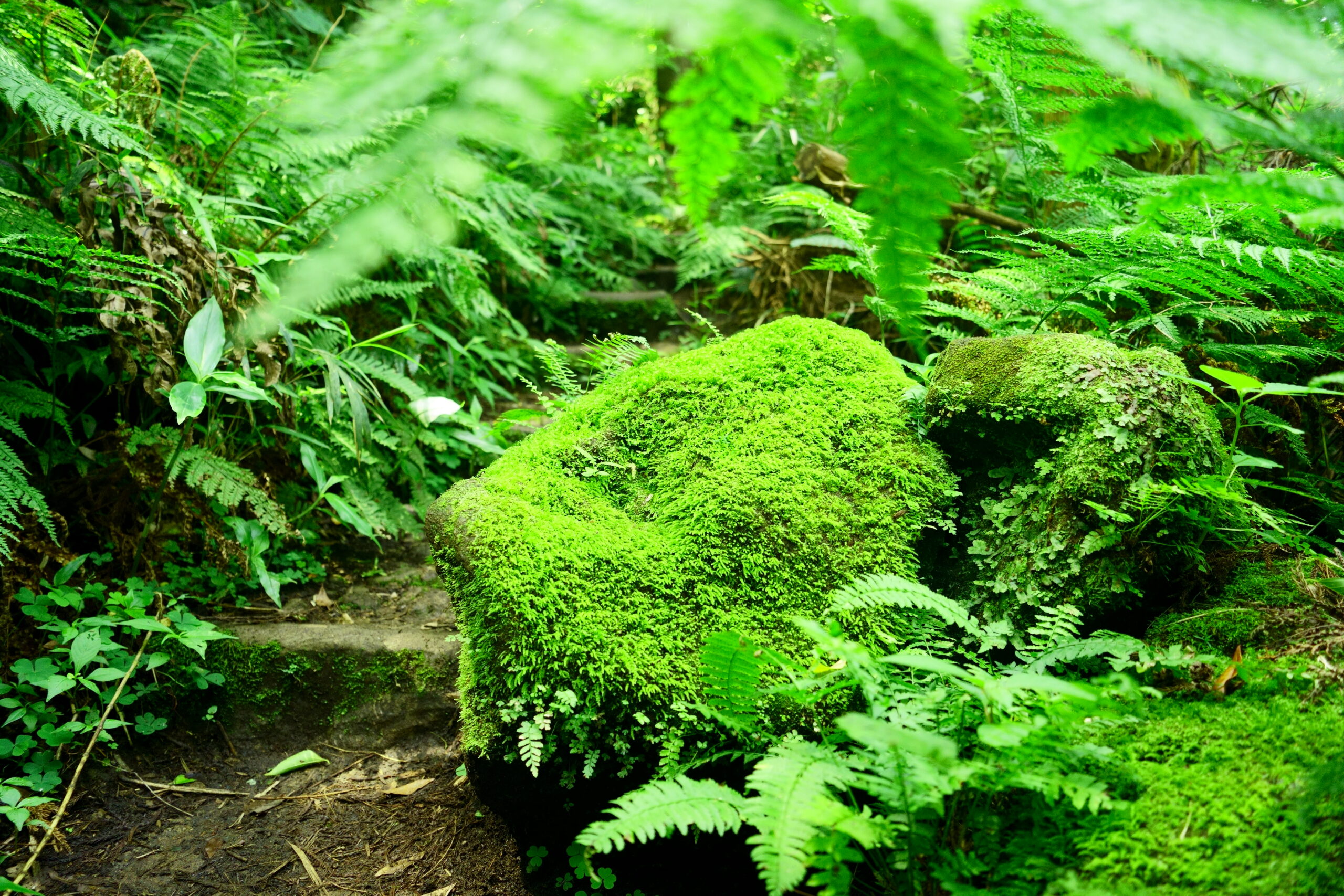 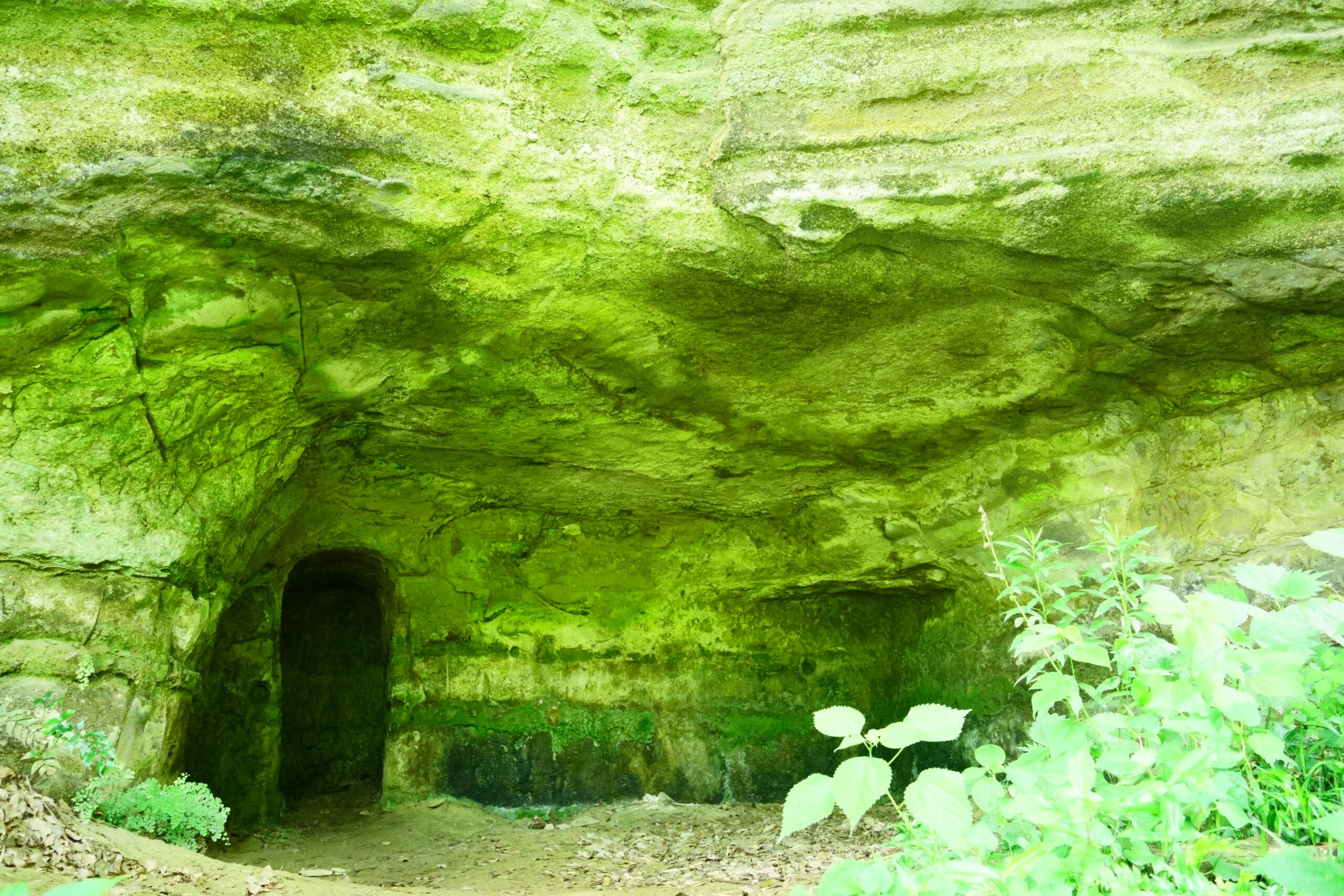 After leaving the exit of the hiking trail and continuing through a residential area for about 5 minutes, you will see a signpost for the Heisei Pilgrim Path.
This is a monument to the site of the residence of Uesugi Asamune and Uenori Uesugi. This is the site of the residence of the Uesugi family, who served the Ashikaga clan in the Muromachi period.
Hokokuji Temple is just around the corner. Be sure to drop by.

It is just right for calming down after a long day of hiking.
There is nothing better than enjoying sweet sweets and green powdered tea with a cool breeze blowing through the bamboo grove. 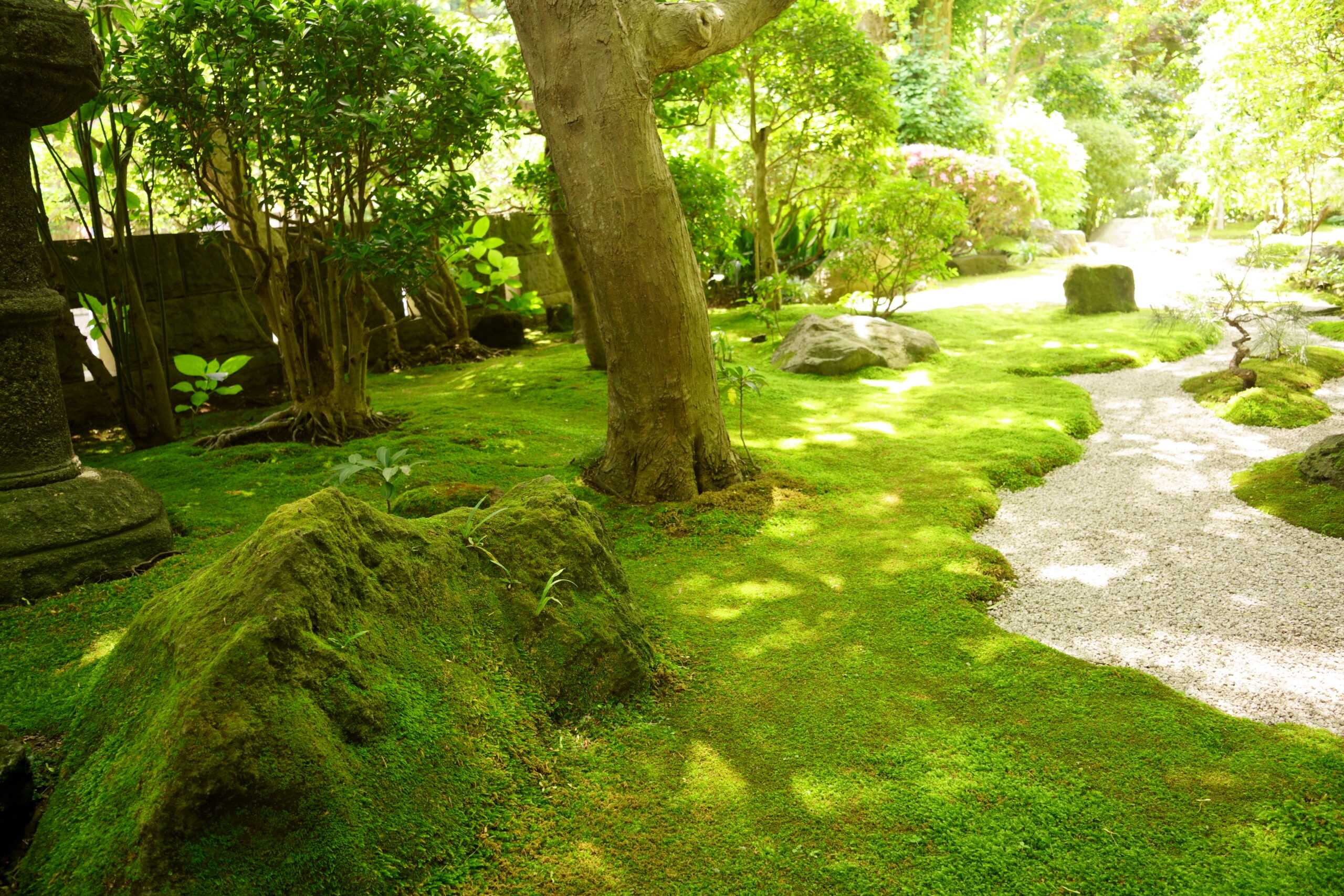 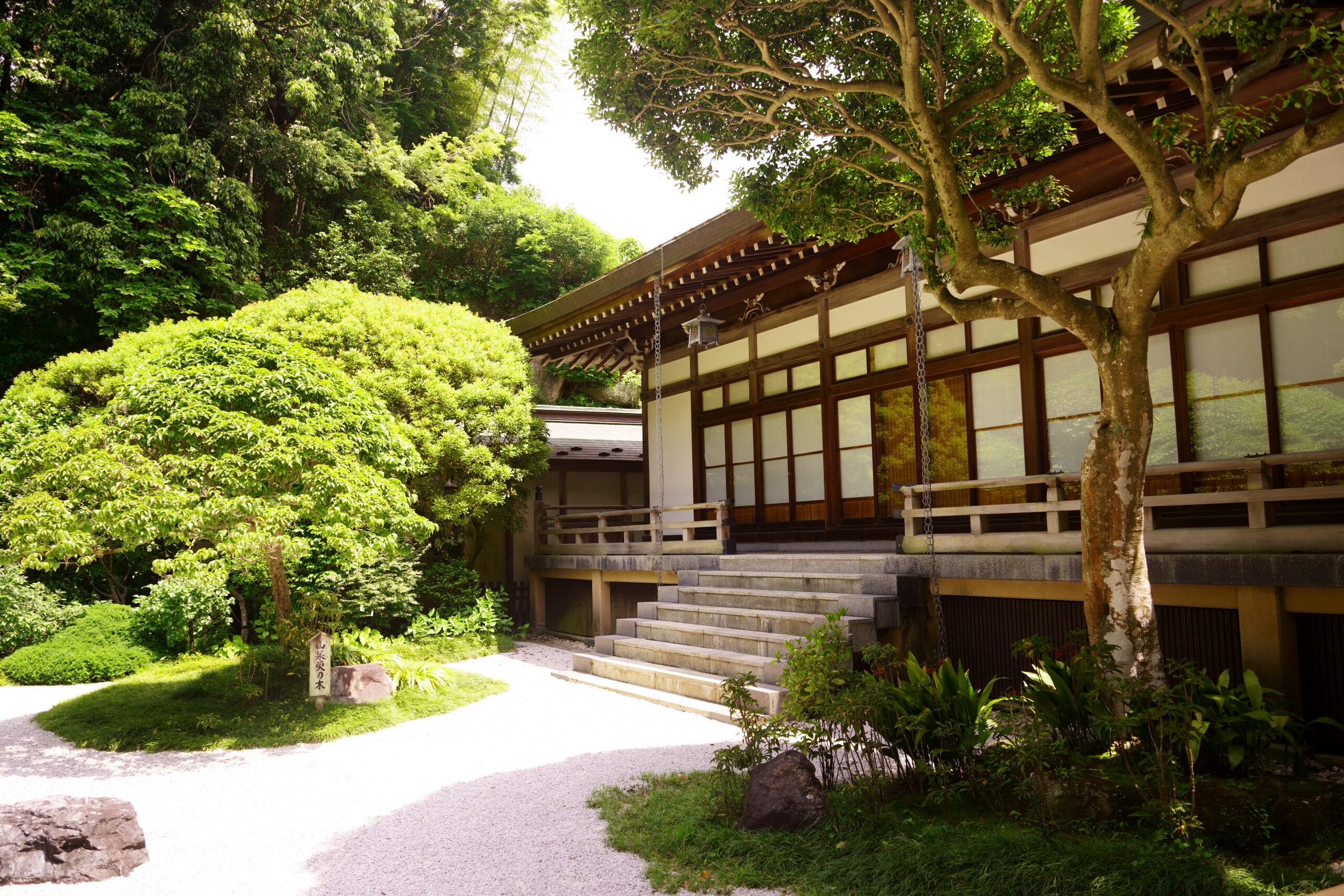 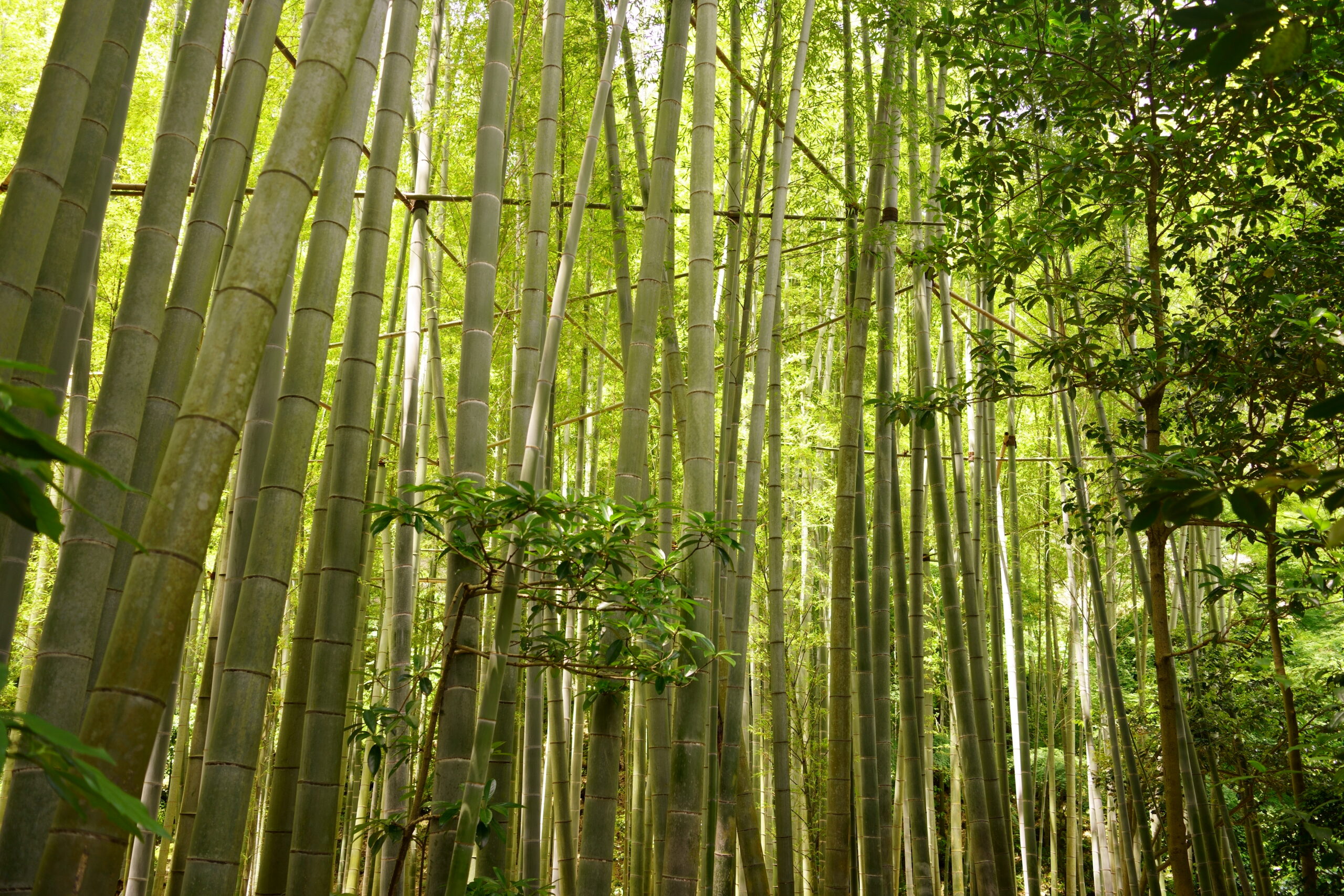 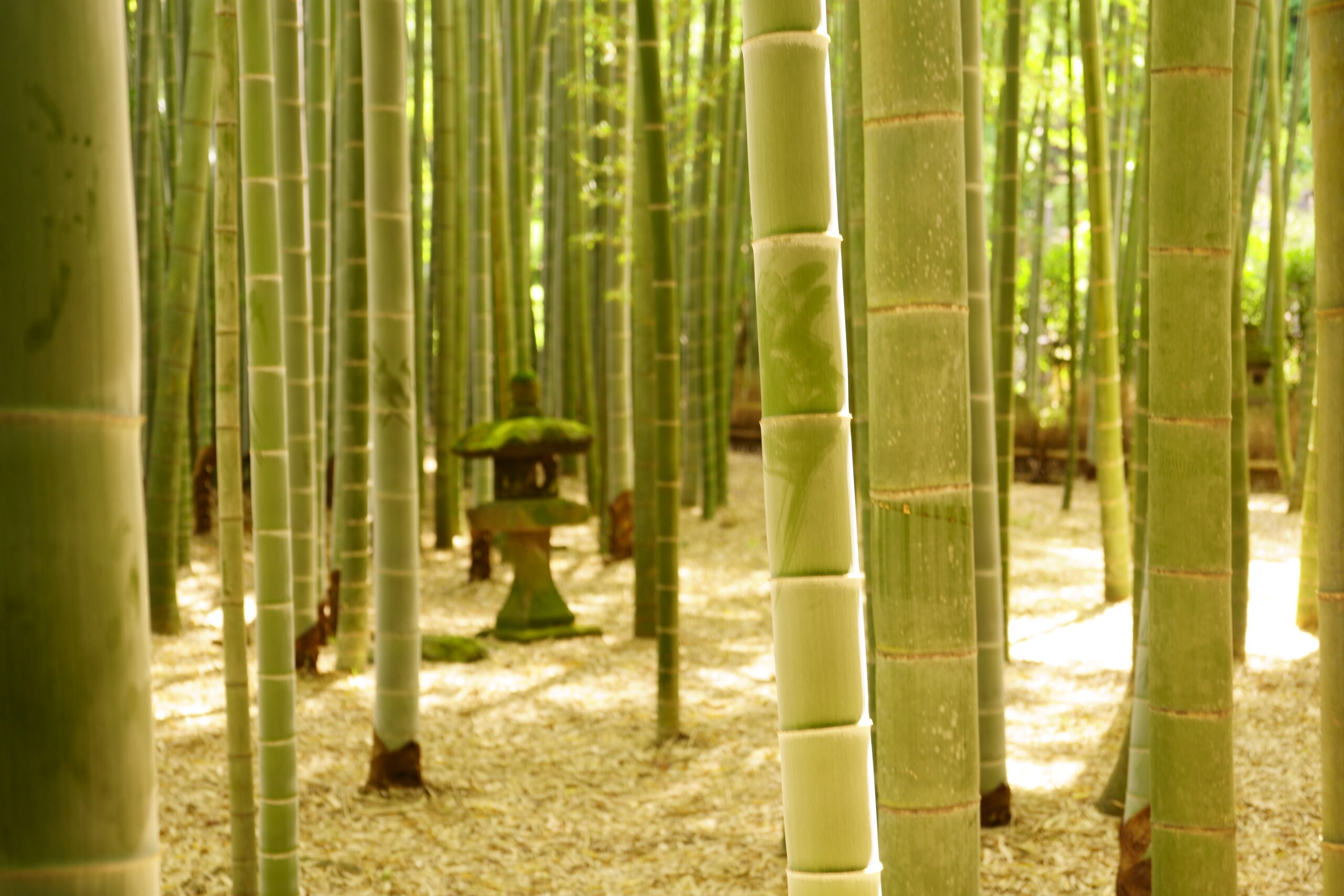 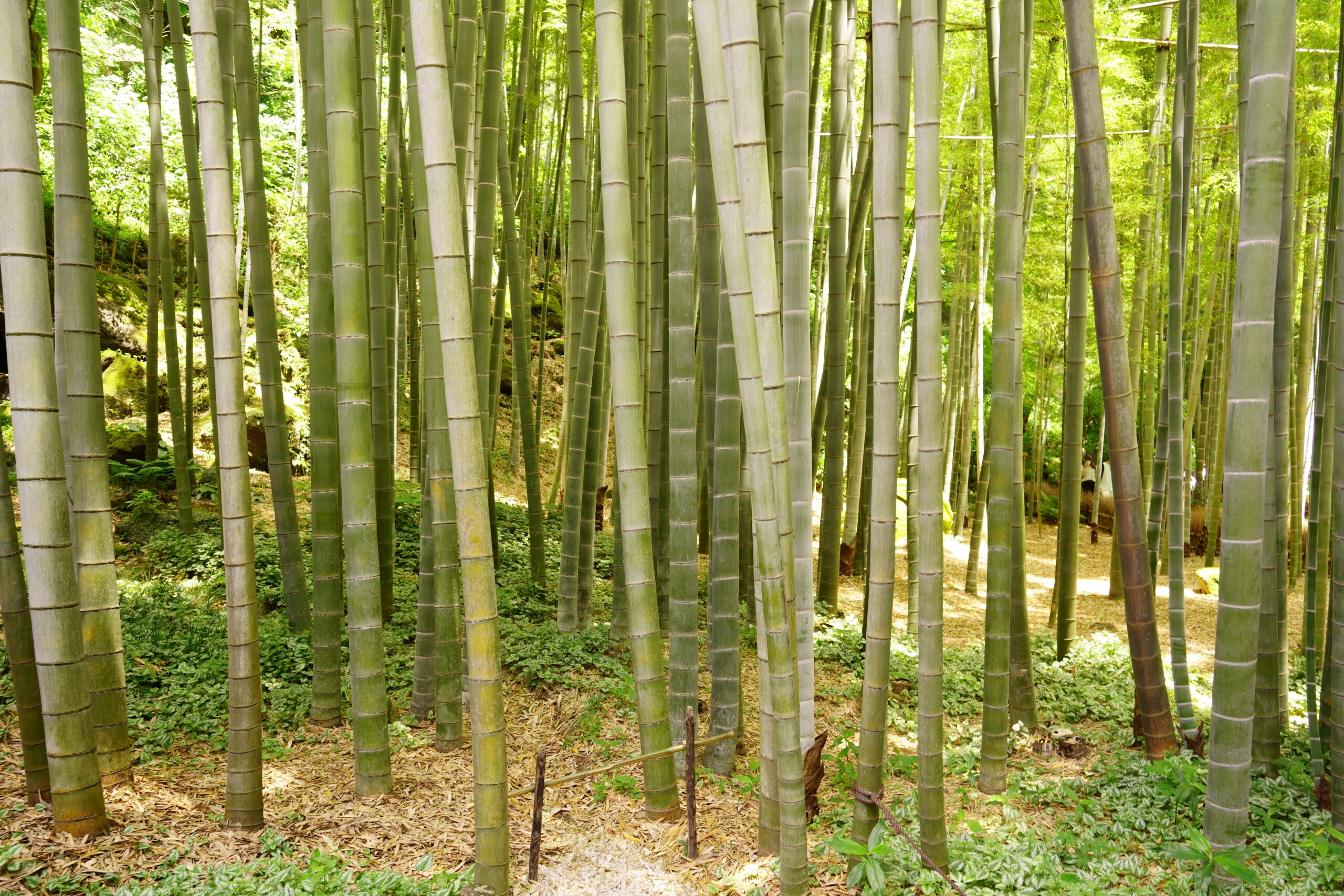 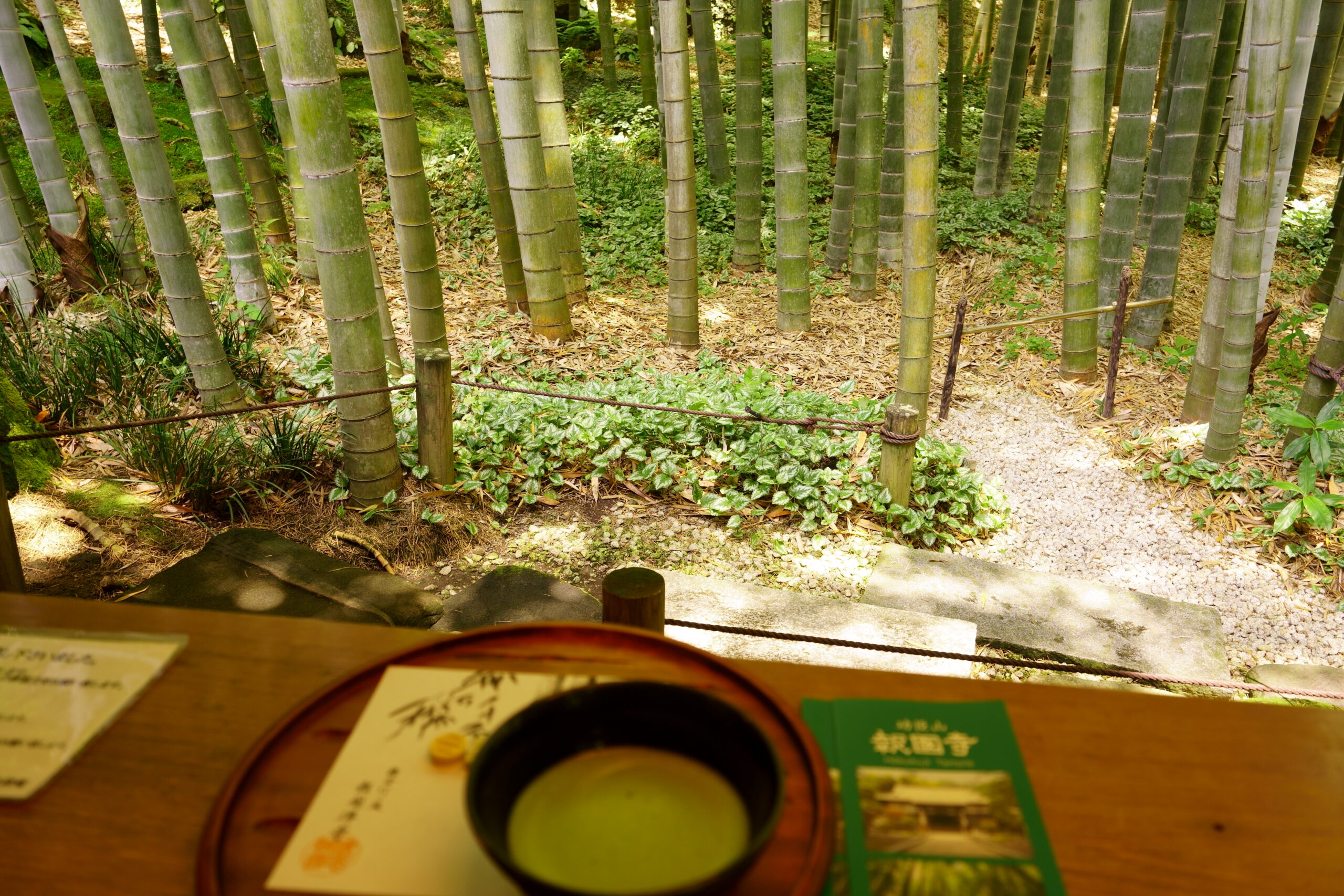 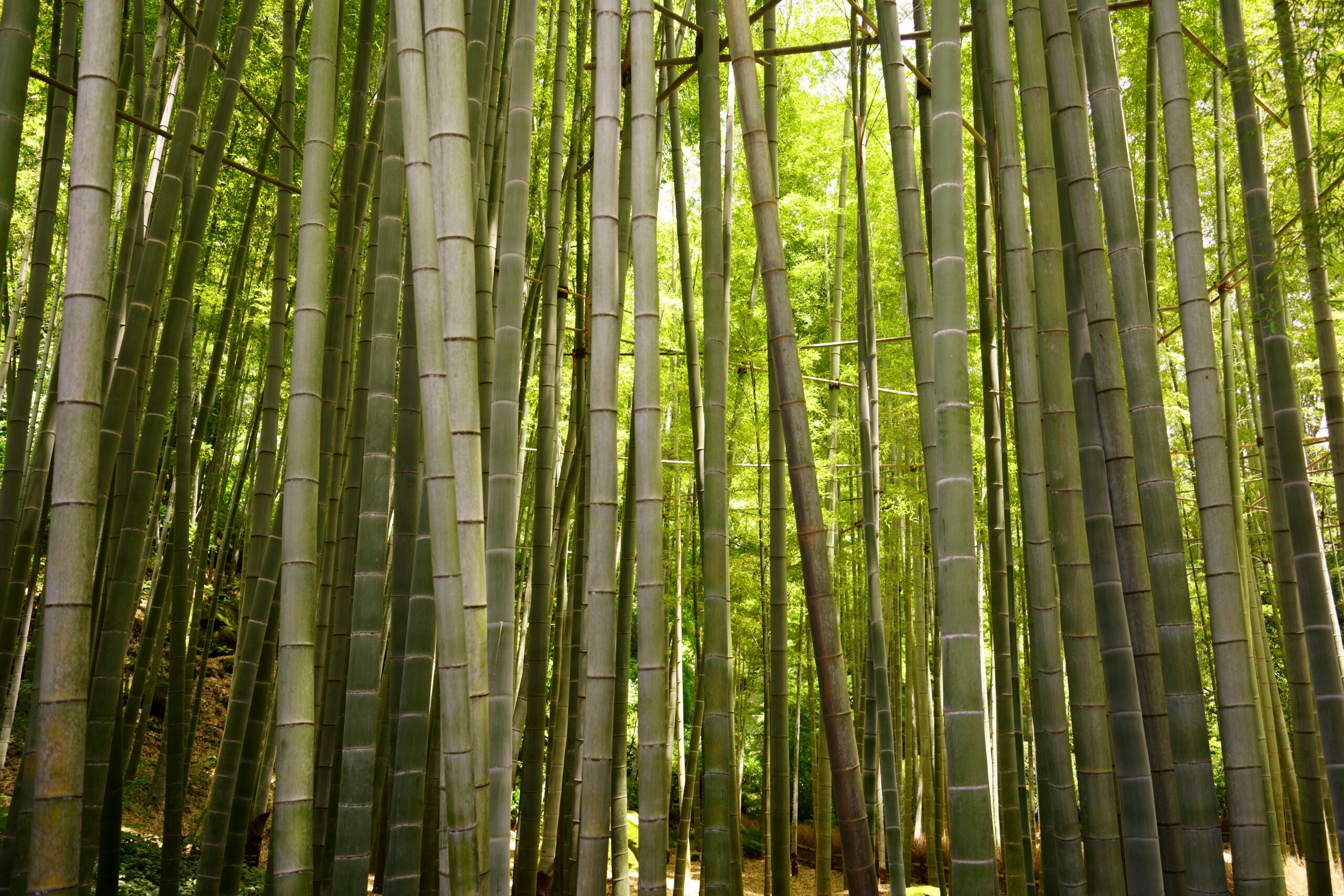 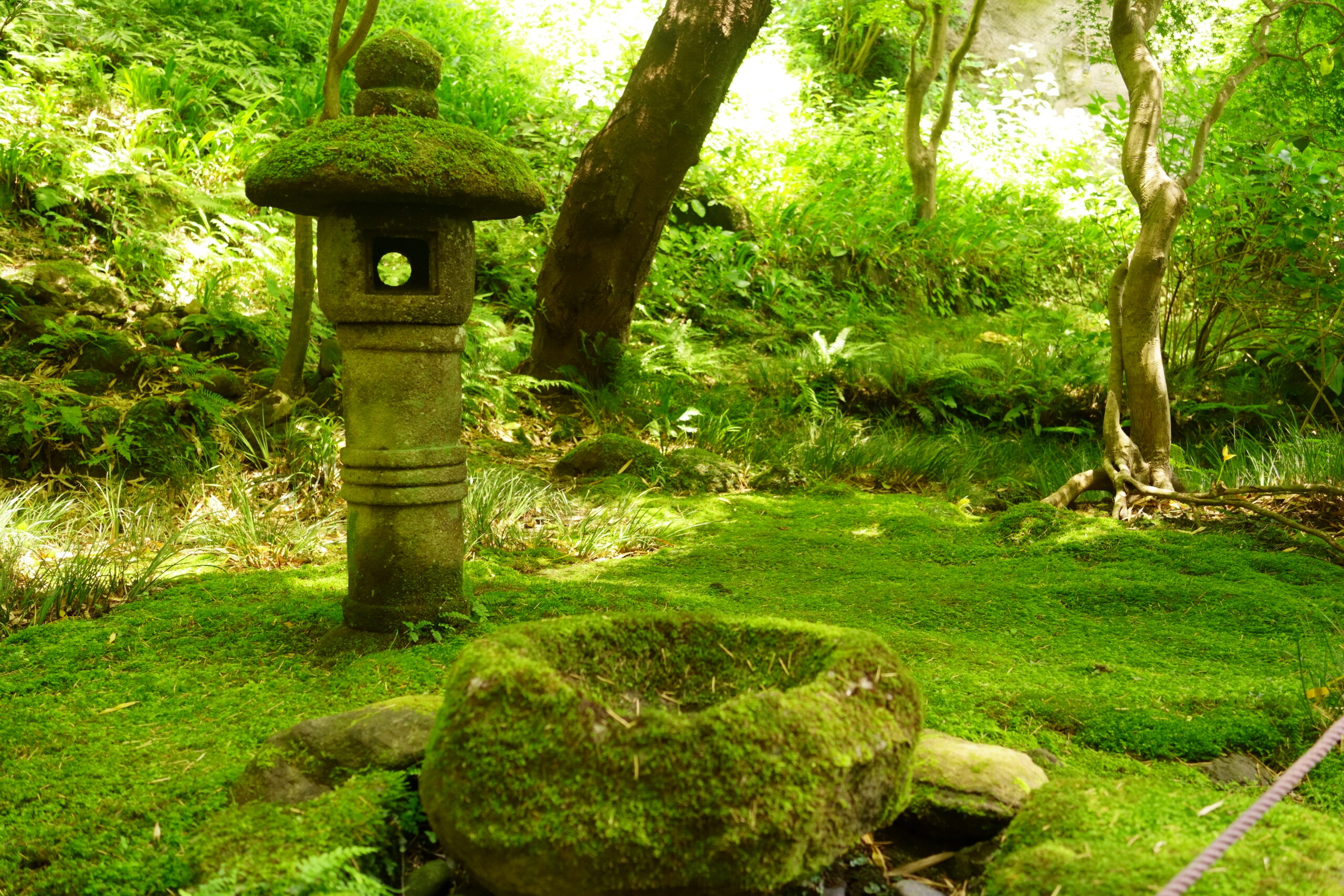 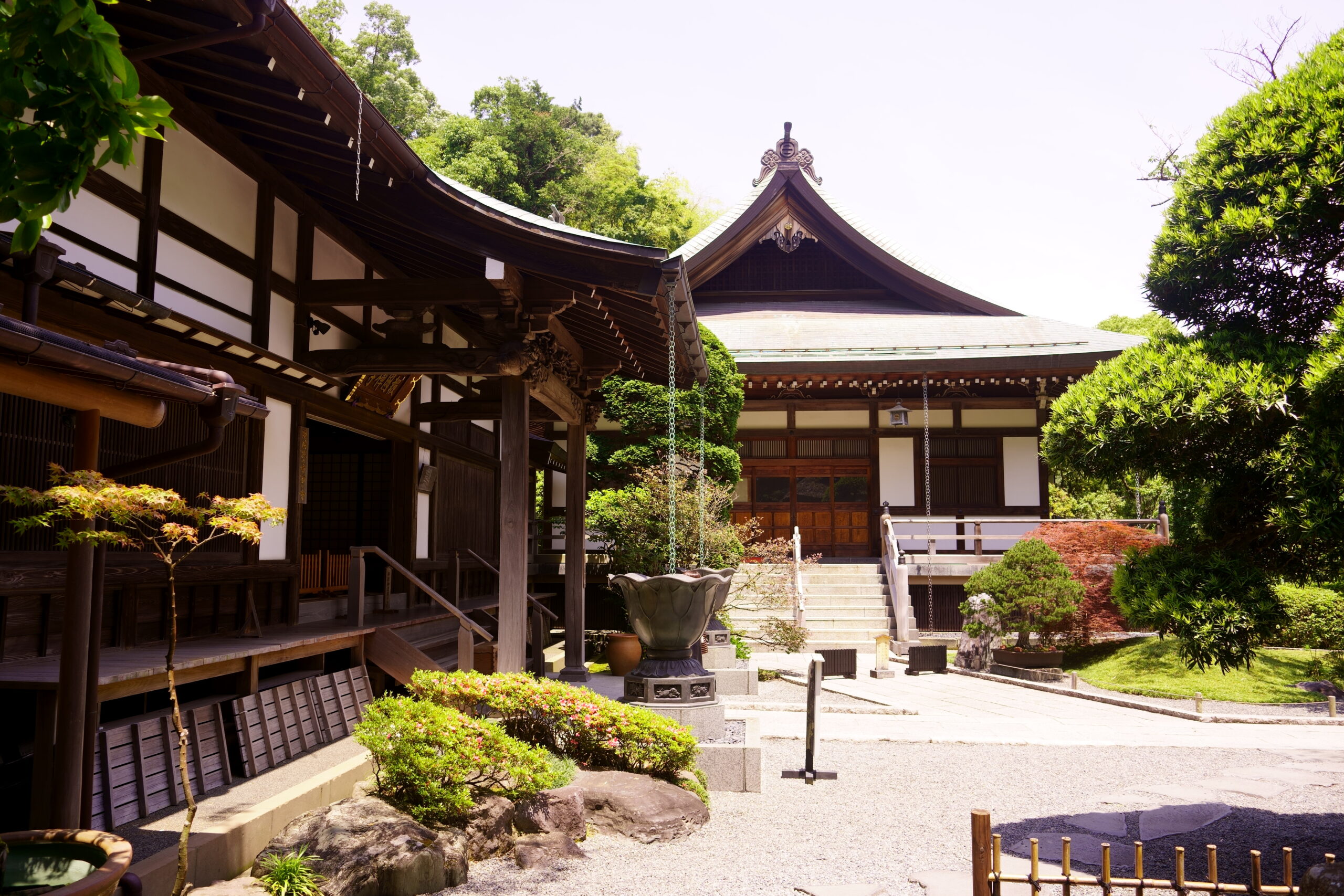 A quick stop before boarding the bus

Take the Kanazawa Highway and walk for about 5 minutes in the direction of Jomyoji Temple, and you will find Aomiami-san.
You can enjoy delicious soba noodles.

There is a public restroom in the Children’s Nature Forest at the midpoint.
The restrooms at Hokokuji Temple are located before paying the entrance fee.
Please try to see the temple. It feels good.